Despite the teasers, interviews, toys, and constant rumors, we still know very little about Star Wars: The Force Awakens. We know the main characters and some basic plot points, but besides that, the Internet is totally in the dark. But some light is now being shed on the secrets of the movie, thanks to the last source you'd ever expect: starwars.com itself. 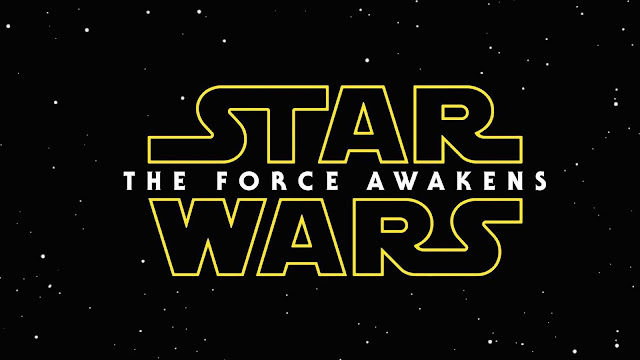 The official Star Wars website features a databank on characters, creatures, locations, weapons, and more, throughout the entire Star Wars saga. In honor of Force Friday, the database was updated with information regarding The Force Awakens. Most of this is pretty minor spoilers and/or stuff that we already knew, but there's a few new details that seem truly significant to the movie's plot.


A trained warrior desperate to escape his past, Finn is plunged into adventure as his conscience drives him down a heroic, but dangerous, path.

So we knew that Finn was an ex-stormtrooper on the run from the Empire, but what exactly is his past? Director JJ Abrams confirmed that Finn's last name hasn't been revealed for a reason, meaning that he's the descendant of someone familiar from the Star Wars universe. A popular theory is that he's the son of Lando Calrissian, but we saw him wielding a lightsaber in the short Instagram teaser, so perhaps he's actually the son or grandson of Mace Windu.


Rey is a resilient survivor, a scavenger toughened by a lifetime of dealing with the cutthroats of the harsh desert world of Jakku.


We knew that Rey was a scavenger on Jakku, and that she was very self-sufficient and physically capable, but now we know that she's lived on Jakku her entire life. Director JJ Abrams confirmed that her last name hasn't been revealed for good reason, leading many to believe that she's a Skywalker. But so far, we've seen her exclusively wielding a staff, rather than a lightsaber, and there's been no evidence of her having force powers, so maybe she's the descendant of another important character. In any case, who are her parents, and why would they abandon her on a planet full of "cutthroats"?

Speaking of cutthroats, the databank features a new character that was completely unknown until his action figure was spotted.


Teedo is a small, brutish scavenger that roams Jakku’s vast wasteland on his semi-mechanical Luggabeast.


It's unclear if Teedo will be friend or foe, but he must be a semi-major character if he's deserving of his own databank entry. And his half-machine-half-something Luggabeast gives us a good idea of the bizarre new characters and creatures that will be introduced to the film.


BB-8 is the spherical, loyal Astromech Droid of the Resistance pilot Poe Dameron.

Hmm...we've seen BB-8 hanging around Rey and Finn a lot, so why did he leave Dameron, his master? The key might be the image above of Teedo and Rey, with BB-8 in his net. Oscar Isaac revealed that Dameron is sent on a mission that leads him to Finn and Rey, so perhaps he and BB-8 land on Jakku, and the droid is captured by scavengers and later rescued by Rey.


A young, ruthless officer in the First Order, General Hux has complete confidence in his troops, training methods and weapons.

We really knew nothing about Hux besides his name and affiliation, so this gives us some idea of his character. The officers of the First Order include Hux, Captain Phasma, and Kylo Ren, but the guy in charge is Supreme Leader Snoke, played by motion-capture expert Andy Serkis. We haven't seen anything of Snoke so far, but JJ Abrams revealed that he's "the most powerful figure on the dark side of the Force".

With a dagger-shaped silhouette reminiscent of the Imperial battleships of yesteryear, the Finalizer is a First Order Star Destroyer.

We saw this star destroyer in the second teaser of the movie, but now we know its (kinda stupid) name. As you can see, it's similar to the classic star destroyers of the Original Trilogy, but the command bridge is slightly tucked into the rest of the craft, as a smart defense against divebombing A-wing starfighters.

An ice planet converted into a stronghold of the First Order and armed with a fiercely destructive new weapon capable of destroying entire star systems.

Whoa. These spoilers just jumped from "slightly revealing" to "gasp-worthy". The name of this base was announced several months ago, and at the time, we assumed that we already knew the origins of "Starkiller". Now we can scratch that: it's not just a reference to the original surname of Luke and Anakin Skywalker, it's not just a reference to the main character of the Force Unleashed video games, it's called Starkiller Base because it kills stars!

You can bet that this superweapon will play a huge part in the plot of the movie. It's pretty much the Death Star except a lot, lot more powerful, so just like with the Death Star, the Rebellion (now known as the Resistance) will be trying its hardest to take it down. The most accurate parallel of this superweapon in the Expanded Universe would be the Sun Crusher, a starfighter with torpedoes that cause a star to turn into a supernova and destroy the surrounding star system. However, The Force Awakens is disregarding the Expanded Universe, so chances are, this weapon won't be in starfighter form. Instead, this weapon might be the planet itself.

The databank description seems to imply that Starkiller Base is the entire ice planet, not just a few buildings on the planet's surface, and it's "armed" with the superweapon. The word "armed" there could be taken two different ways: either the base/planet is armed in the way that it simply has the weapon, or it's armed like a nuclear missile, like the entire planet is the weapon. This latter idea raises all sorts of questions, but it fits in perfectly with the other awesomely ridiculous things in the movie, like Kylo Ren's crossguard lightsaber.

What do you think of Starkiller Base's superweapon? Tell me in the comments, and may the force be with you all.
at 10:38 PM