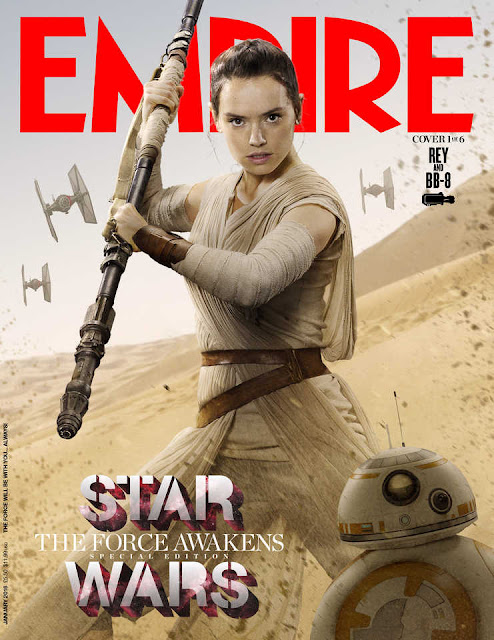 Here's Rey, holding her staff and looking like she's about to whack someone with it, in the middle of her native Jakku desert with TIE fighters approaching. Adorable astromech BB-8 sits next to her. 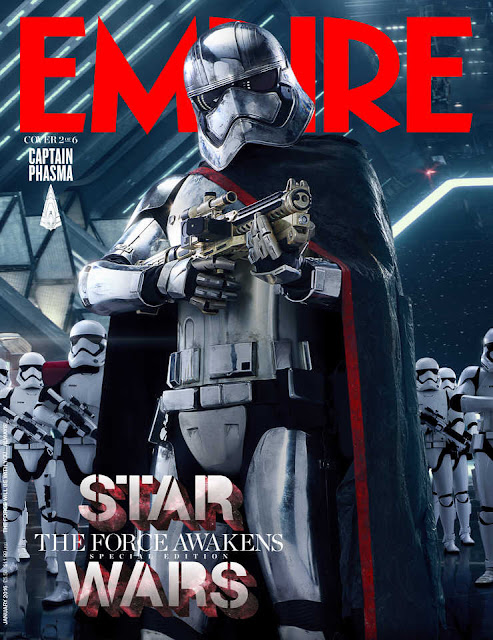 Squad goals. Captain Phasma stands with her signature chrome armor, matching blaster, and authoritative cape, with a battalion of stormtroopers awaiting her command. They appear to be in the hangar of a First Order Star Destroyer. 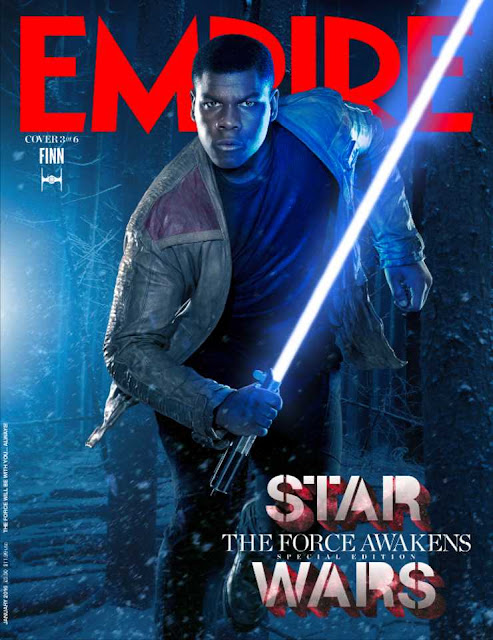 Finn's ready for action. Here we see him holding Anakin's blue lightsaber and sporting a game face in the snowy forest where he'll duel Kylo Ren. 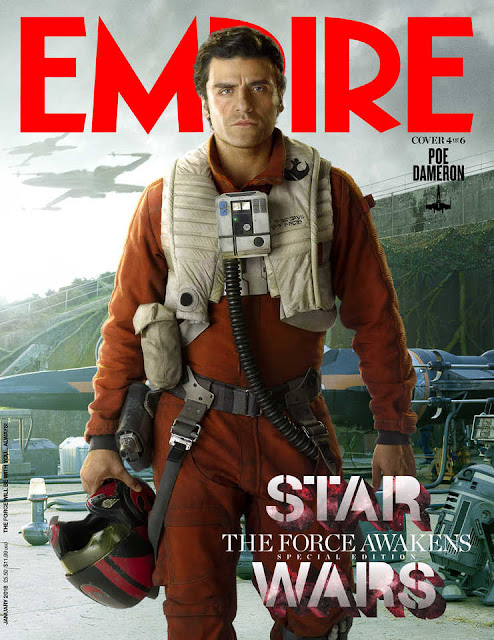 About time Poe Dameron got some attention. The "best frickin' pilot in the galaxy" stands with his helmet in his hand, and his own X-Wing parked behind him. He appears to be on the Resistance's base of operations, in an unknown location. 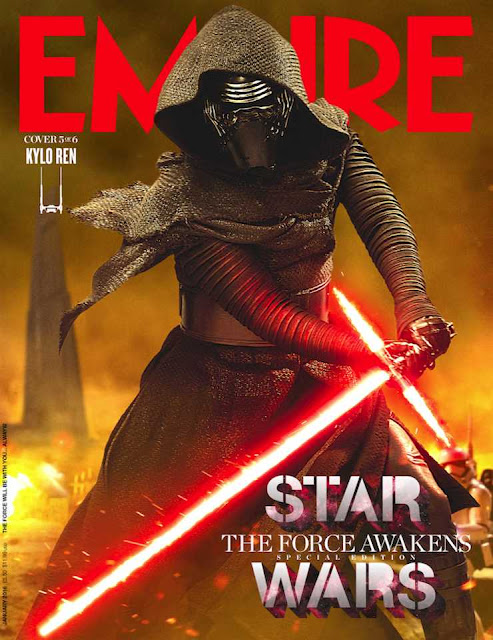 Kylo Ren's laying down the law. We see him holding his iconic crossgaurd lightsaber in the burning Jakku village that he and Phasma attack. A recent TV spot suggested that Finn will be accompanying them as a lowly and nervous stormtrooper. 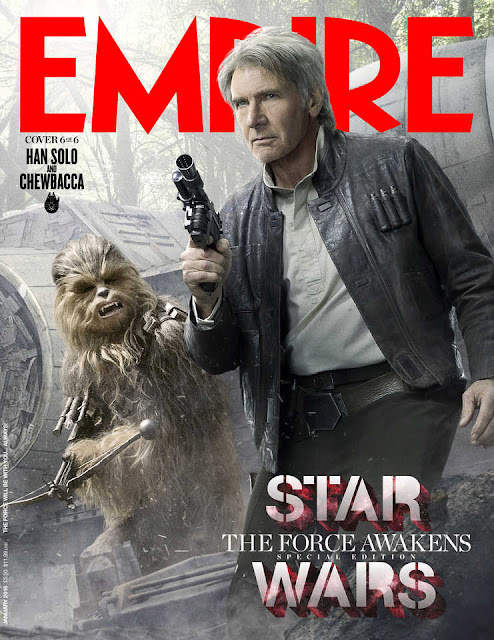 These longtime BFFs still pack a punch. Han Solo holds his classic blaster alongside a growling Chewbacca, wielding his bowcaster, next to the Millennium Falcon.

What do you think of these covers? Tell me in the comments, and may the Force be with you all.
at 6:33 PM