Though you can buy The Force Awakens-themed toys and other merchandise in practically every shopping mall in America, you'll have to wait until December 18th for the most spoiler-y material, including the visual dictionary, official novelization, and the film's soundtrack. This served as Disney and Lucasfilm's simple and foolproof plan of keeping the movie's secrets until its theatrical release. 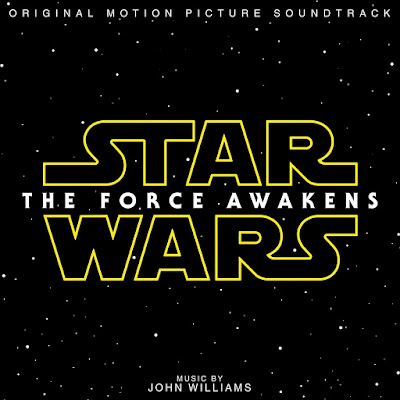 But this weekend, Amazon France accidentally leaked the titles of all 23 pieces of John Williams' music on the soundtrack, and the Internet scooped it up and spread it around before Amazon could quickly delete it. There's no title like "Rey Finds Out Han and Leia Are Her Parents", or "Han Solo Death Theme", but one can still infer quite a bit.

The following is the listing of all the tracks, along with some educated guesses of their significance. If it wasn't clear already, SPOILER ALERT!

What do you think of this soundtrack? Tell me in the comments, and may the Force be with you all.
at 8:01 PM