Star Wars: The Force Awakens' 5th TV spot puts some much-needed attention on hotshot pilot Poe Dameron. Though originally presented as one of the main heroes of the film, the promotional campaign swept Poe to the side, in favor of new heroes Rey and Finn, and villain Kylo Ren.

Now, we see him taking command of Red and Blue X-Wing squadrons as they fly through hyperspace. We get some classic fast-paced communication between Poe, a female pilot (further demonstrating the gender diversity of the film), and familiar face Nien Nunb, who speaks in his usual alien tongue. Nunb was first seen in Return of the Jedi as Lando Calrissian's co-pilot aboard the Millennium Falcon, and it seems like he's still a valued member of the Resistance. 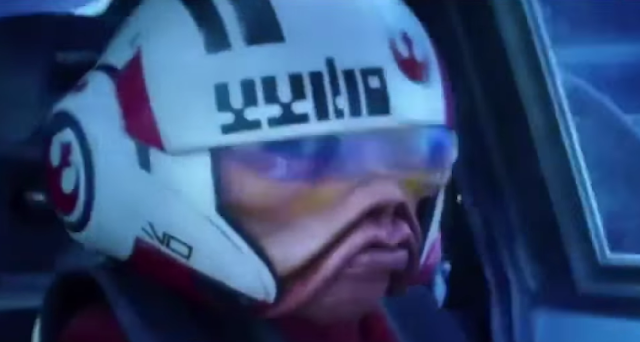 Also in this TV spot:

What did you think of this TV spot? Tell me in the comments, and may the Force be with you all.
at 10:18 PM