It's no secret that the first cut of a film is almost always vastly different from the final cut that winds up in theaters. Sometimes certain scenes feel awkward or distract from the plot, or they're removed to keep the movie at a comfortable time length. For Star Wars: The Force Awakens, a huge film that needed to give the audience a lot of information and character development in only 2 hours and 16 minutes, quite a few scenes of varying significance ended up on the cutting room floor. Recent interviews with the filmmakers and the slew of The Force Awakens-related literature released December 18th have revealed some of the most important scenes that we didn't end up seeing. 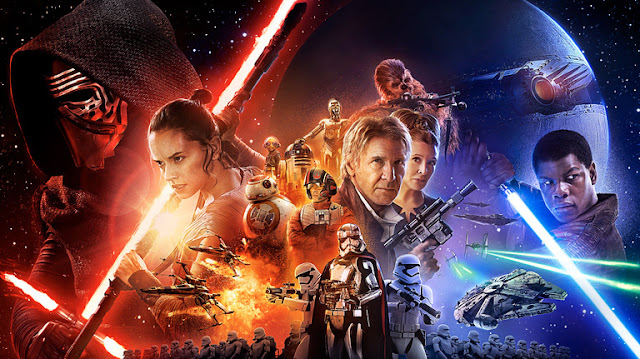 Those unfamiliar with the recent Shattered Empire comic series may have been a little confused about the New Republic's role in the galaxy and their relationship with the Resistance, despite the opening crawl that simply said that the Resistance was "supported" by the Republic. According to /Film, using the official novelization, there was originally a scene early in the movie in which Leia talks with Korr Sella (Maisie Richardson-Sellers), her envoy to the Galactic Senate. 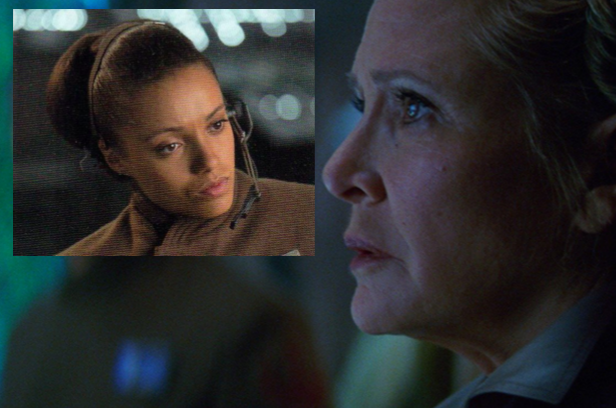 Basically, Leia's no fool and wants the Republic to take action against the insidious First Order. She would deliver the message herself, but she's certain that the First Order would assassinate her if she came out of hiding on D'Qar. In the final cut, you still see Sella on Hosnian Prime, the capital of the Republic, as the system is destroyed by the Starkiller, but this scene would provide exposition into who she is and why she's there. However, it would have lessened the emotional impact of Leia's introduction later in the film, as she and Han meet after many years apart.

One of the first rumors was that the first scene in the film, after the opening crawl, would be Anakin Skywalker's lightsaber (lost by Luke on Bespin) tumbling through space. Presumably, this would be found by Lor San Tekka and given to Poe, and then BB-8. And yet, the first scene instead was of the Finalizer looming over Jakku and landing craft departing. The MacGuffin-like object in the film, given to Poe by San Tekka and held by BB-8, was instead a map to Luke Skywalker. The lightsaber was later found by Rey in Maz Kanata's basement, with no real explanation as to how it got there. According to /Film, this shot was actually filmed (or created digitally) but they ultimately decided not to use it. 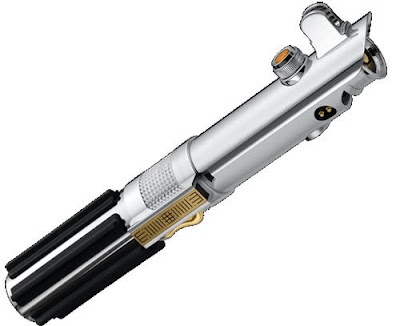 With her diminutive size, orange skin, odd goggles, and great wisdom, Maz Kanata had a formidable presence in the film. While encouraging Rey to face her destiny, Maz said that she herself was no Jedi, but still familiar with the Force. Apparently, in the original script, Maz would have shown this familiarity by using the Force to take out a squad of stormtroopers in the basement of her castle. It's unknown if this scene was actually filmed, but it would have solidified her role as the new Yoda. 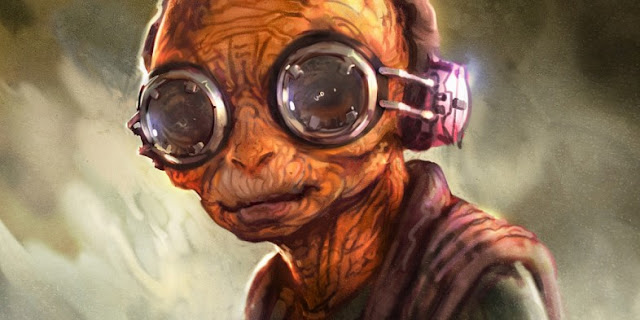 Furthermore, you might have wondered about the shot in the second teaser that showed Maz handing off the Skywalker lightsaber to Leia. Not only is it absent from the film, but Maz and Leia are shown to have no direct relationship whatsoever. In one of the first cuts of the film, Maz comes with Han, Chewie, and Finn back to D'Qar after her castle's destruction (instead of just handing the lightsaber to Finn and disappearing in the final cut), and shares this moment with Leia. But this scene was removed, probably because Maz doesn't have much to do at the Resistance base for the rest of the film. 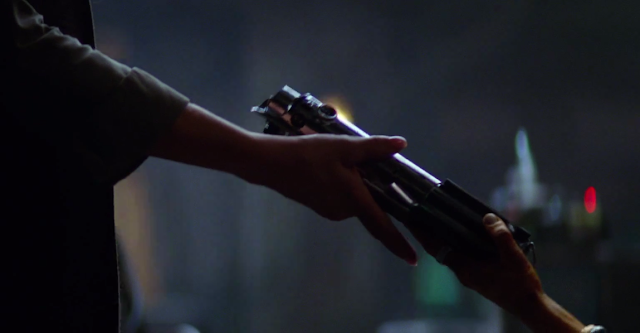 Despite appearing in The Force Awakens' product line (including a Lego set), the First Order snowspeeder only had a very brief appearance in the movie, as you see it in the background while Rey and Finn run into the Main Oscillator on Starkiller Base. In the novelization, Rey and Finn recreate their Millennium Falcon dogfight, with Rey expertly piloting the snowspeeder while Finn shoots at their pursuers. This would have been an entertaining sequence, but not really necessary to the overall story. Let's hope it winds up in DVD and Blu-Ray release.
Snoke Trash-Talks the Empire

In the novelization, Snoke has a bit more dialogue in which he points out the true source of the Galactic Empire's downfall: sentiment. "Had Lord Vader not succumbed to emotion at the crucial moment – had the father killed the son – the Empire would have prevailed. And there would be no threat of Skywalker’s return today.” Snoke would presumably use this to encourage Kylo to not get sentimental about killing his own father. In the same quote, he says that he's "seen the Galactic Empire rise and fall", hinting at his true identity in the Star Wars universe. We can assume that this scene was filmed in some fashion, but again, one can understand why the filmmakers deemed it unnecessary.

Kylo in the Falcon

The whole Kylo-Ren-is-Han-and-Leia's-son subplot was a pretty big part of The Force Awakens. We saw Snoke compel Kylo to kill his father in order to complete his journey to the Dark Side, we saw Han and Leia discussing their son in detail, and of course, we saw Han and Kylo having a heart-to-heart that ended in bloodshed, tragedy, and classic Star Wars NOOOOOOOOOOOO's. But as it turns out, there was yet another scene involving Kylo and the Millennium Falcon.
When Han, Finn, and Chewie crash-land on Starkiller Base, Kylo senses his father's presence immediately. Later, we see him patrolling the Oscillator with his troops, before his fateful conversation with Han. In-between, there would have been a scene in which Kylo and his snowtroopers storm the Falcon. They find no one inside, of course, but Kylo apparently sits in the cockpit and has an emotional moment, remembering the ship from his childhood and/or considering all the father-son experiences on the Falcon that he had missed. Was it necessary? No, but depending on how well it was edited, it could have been a truly memorable Star Wars scene.

Which scene(s) do you wish ended up in the movie? Tell me in the comments, and may the Force be with you all.
at 11:37 PM