Rogue One: A Star Wars Story's first trailer featured a whole lot of memorable character moments, but Felicity Jones' Jyn Erso was the only one explicitly named. Thanks to Edelweiss, we now have some much-needed details on the characters and vehicles in Rogue One, as well as a confirmation of an anticipated cameo, straight out of the film's official Visual Story Guide which is set to hit bookshelves in January. 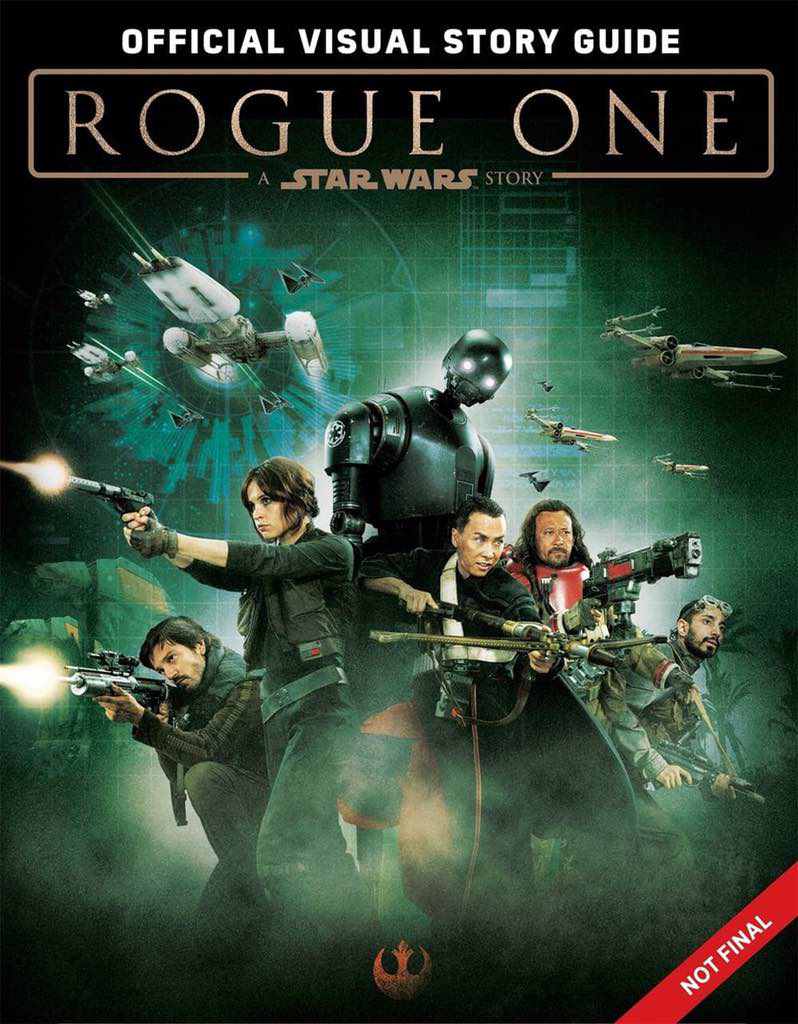 Here's the names and basic descriptions of the film's diverse group of heroes:

And here's the villains that will match these heroes:
Rogue One will obviously feature classic Star Destroyers, TIE Fighters, and X-Wings, but there's also some images and diagrams of some new vehicles we'll see in the film. First is the Rebel U-Wing, which (appropriately) looks like an ancestor of the X-Wing: 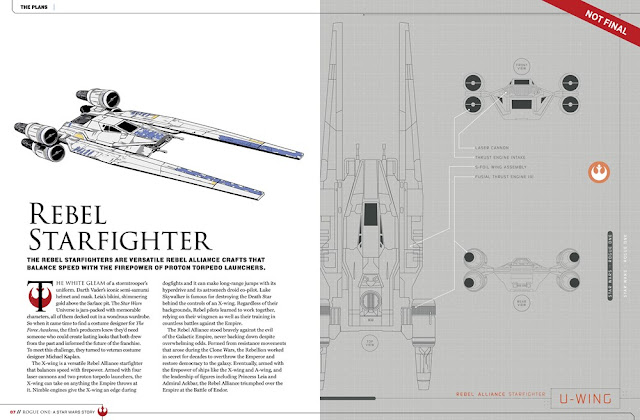 Throughout the Star Wars canon and Expanded Universe, there have been dozens of different TIE-class ships. The Striker is the newest member of the family, sporting sleek dual wings: 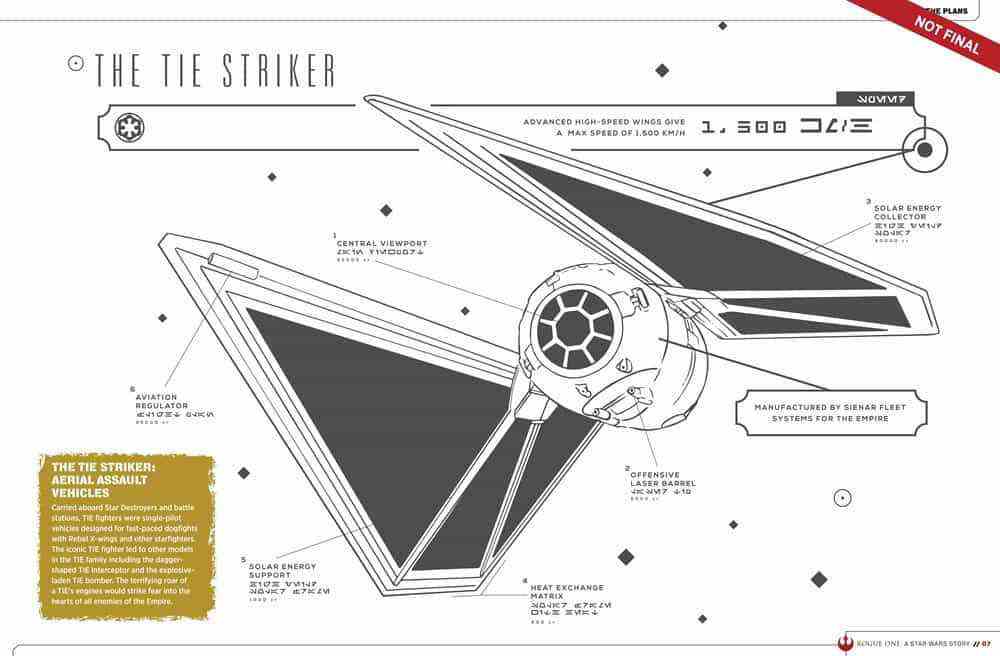 Here's a better look at the small Imperial tank first glimpsed in the trailer, as well as the new type of stormtrooper that pilots it:

Lastly, there's an image of Rogue One's heroes and villains posing side-by-side, with Vader's head curiously placed in the middle. Could this be a sign that there's still some conflict within him regarding his shift to the Dark Side of the Force? Probably not, but this is still the kind of poster that you'd want hanging on your bedroom wall: 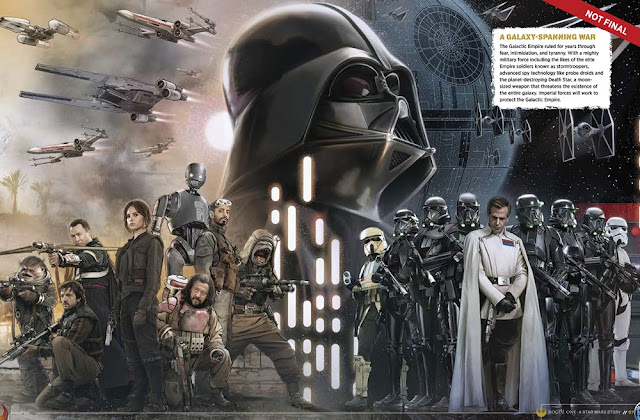 Disney has apparently reached out to HitFix regarding this new plethora of images, recognizing that it's an "unauthorized leak" and claiming that it's also incorrect. Although it's certainly true that the banner on the corner of each picture indicates it as unfinished work, we also have to keep in mind that they wouldn't stick anything on a tentative draft of Rogue One's Visual Story Guide unless there were at least some plans or concepts of including it in the film. And of course, it's not like Disney would admit that they messed up and accidentally published accurate, spoiler-y artwork online.

What do you think of Rogue One's characters? Which one are most excited to see? Tell me in the comments or tweet to @SithObserver, and may the Force be with you all.
at 6:45 PM