The first international Rogue One trailer has hit the Internet, and as expected, it has several new bits of footage and dialogue that we haven't seen before. Most notably, we see an extension onto Mon Mothma's explanation of the Death Star mission to Jyn. She says that they've "intercepted a coded Imperial transmission" which contains details about the imminent weapons test. Cassian Andor then informs Jyn that the message was sent by her father, who we know is named Galen Erso.

It's been revealed through various press releases that Galen is a brilliant scientist who works for the Empire, but this is the first time that anyone's mentioned him in the trailers. Jyn's relationship with Galen was definitely going to be a major subplot; now we know that it's also one of the reasons why she's sent on the mission in the first place. 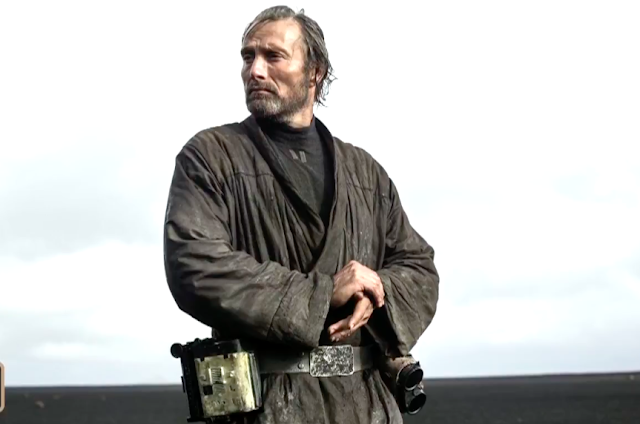 Other new pieces of footage:
What do you think of these new details? How do you think Jyn and Galen will interact in the film? Tell me in the comments or tweet to @SithObserver, and may the Force be with you all.
at 8:28 PM