The Last Jedi has finally been revealed. At Celebration Orlando today, the film's highly anticipated panel saw the release of the first teaser trailer as Daisy Ridley, John Boyega, Kelly Marie Tran, and Mark Hamill joined director Rian Johnson, Lucasfilm president Kathleen Kennedy, and surprise host Josh Gad in discussing the film. The trailer offers a look at Rey's training under Luke Skywalker, more conflict between the Resistance and First Order, and the fate of the Jedi themselves.
Our breakdown of the trailer:

After such a long wait, some fans may be disappointed with the relatively short length and few plot details of this trailer. But for our first look at the film, it was pretty perfect. Instead of the gritty, warlike tone of Rogue One and its marketing, we got a blend of Jedi mysticism and classic Star Wars spectacle in new and exotic locations. Most of our old favorites from The Force Awakens appeared, even for brief moments. And most importantly, Luke talked.


Although we learned nothing new about Laura Dern and Benicio Del Toro's new characters, Rian Johnson did shed some light on the "biggest new part," praising newcomer Kelly Marie Tran and inviting her onstage. Tran revealed that her character, Rose (pictured below), is a Resistance maintenance worker. It's been rumored that she'll have an adventure with Finn on the casino world of Canto Bight. 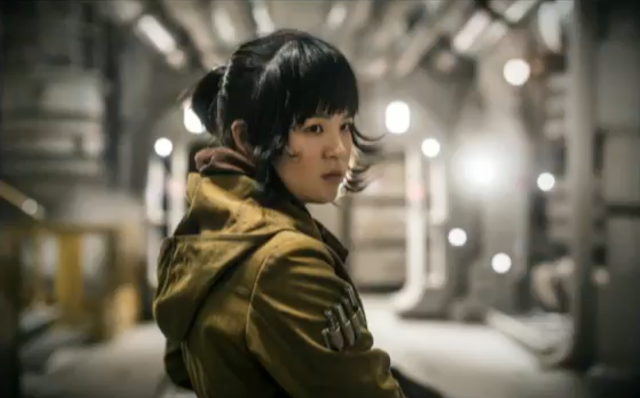 The Last Jedi's teaser poster also debuted, clad in the film's signature color, red. Rey is in the same heroic pose that Luke took in the original, iconic Star Wars poster, with Luke and Kylo Ren on either side. Rey's position in-between the Light and Dark Side, coupled with her blade turning red towards the top, hint that she's still in danger of falling to the darkness. (Although after that trailer, it's not clear that any of these three characters are strictly bound to one side of the Force.) 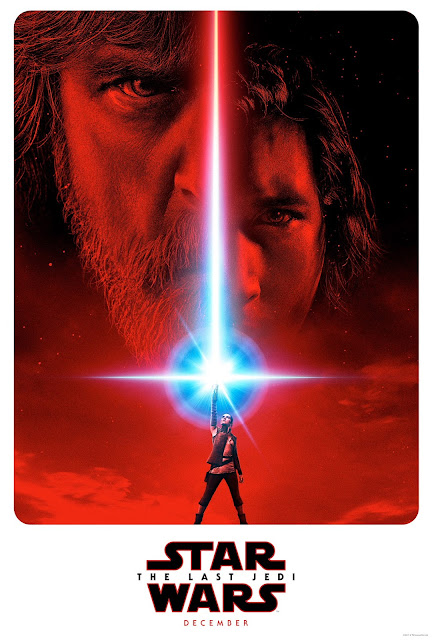 What did you think of this trailer? Why do you think Luke wants to end the Jedi Order? Tell me in the comments or tweet to @SithObserver, and may the Force be with you all.
at 11:00 PM